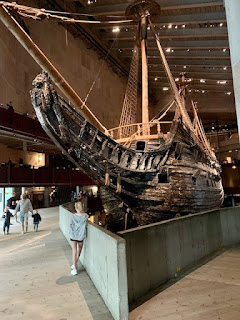 There is good reason this museum often ends up on the lists of the best museums in the world! And when it comes to lists, the Vasa Museum It’s always on my list of must-see places to visit in Stockholm … especially when guests ask me what they should definitely not miss when visiting Stockholm. Sometimes a guest comments that he is not really interested in boats. But the Vasa Museum is so much more! Not only is it impressive, well done and interesting … it is quite unique. The museum also shows what life was like for a sailor in the 17th century, how naval battles were fought, how the ship was found and raised (a feat of engineering) and much, much more. 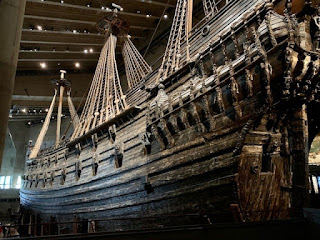 There is a museum in Portsmouth, England with the ship the mary rose. However, (though impressive) only a portion of the Mary Rose’s hull survived. The vasa, on the other hand, it is almost a complete ship. More than 98% of the museum ship is original. And the ship is huge … 69 meters long and 52 meters high. It would have been quite an impressive sight as he sailed from Stockholm Harbor in 1628, on his way to join the king who was at war in Poland. That is, if it had not sunk moments later.
You see, although big and beautiful and imposing, the Vasa had flaws. Basically the center of gravity was too high, which made it unstable. As a strong gust of wind filled her sails as she glided out of the harbor, the Vasa tipped over and the water rushed rapidly through her open cannon ports. She quickly sank in front of a large crowd of locals and dignitaries, who gathered on the shore to watch her leave the harbor. Quite a blow to the king’s ego and the reputation of the Swedish navy. 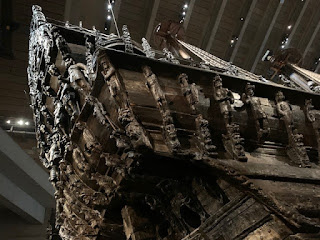 While attempts were made, shortly after the sinking of the Vasa, to retrieve weapons and other valuable items … it was slowly forgotten and left relatively quiet by man at the bottom of Stockholm Harbor for the next three centuries. He was an amateur archaeologist who rediscovered the Vasa in the 1950s. The magnitude of the discovery quickly became apparent and, in an astonishing feat of engineering, the Vasa was recovered and was able to be towed to shore, where the museum was built on its own. around.

Now keep in mind that I’m oversimplifying everything here! The actual history of the Vasa, its sinking and recovery is truly fascinating and the museum does a fantastic job of explaining everything in detail. The museum contains several mezzanines (facing the ship) with different exhibits. From how the Vasa was built to how it is still being restored today. I especially like the explanation of all the beautiful wood carvings on the ship, what they symbolize and how they would look freshly painted on that fateful day.

Another interesting exhibit takes a look at the human remains found in and around the Vasa when the ship was rediscovered. Thanks to modern science, we can know quite a bit about these individuals. Not just how they died, but also how they lived, what they ate and what they worked with, and even what they probably looked like. As you tour this exhibition, you will come face to face with “Filip”, “Adam”, “Beata” and others who lost their lives when the Vasa sank. Very CSI Vasa …

Side note: I have visited the Vasa Museum many times and always find it very difficult to take pictures that really show how massive the ship is, but with intricate detail. I hope these photos convey this at least a little! 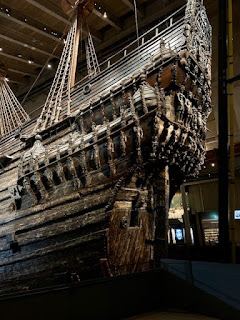 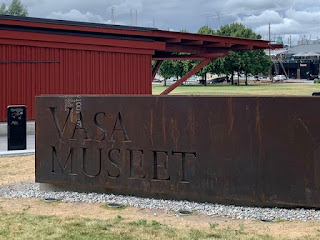