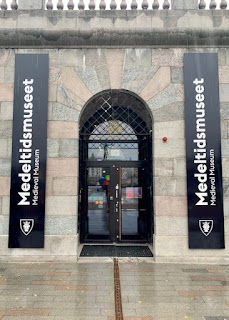 We had a much-needed rainy day yesterday (after recent warm weather), which makes for a perfect day to visit a museum! I haven’t been to a museum since last October, just before most museums closed due to the pandemic, so visiting one now gave me a sense of real hope that things are getting back to normal. You can see the full list of museums open, or soon to open, in Stockholm by clicking here.

The museum is located on the small island of Helgeandsholmen, between the old town and the city center. Almost the entire island is occupied by Swedish parliament building. It was during a renovation of the Parliament building In the late 1970s, they unearthed a trove of archaeological finds, including parts of the city wall, canals, and thousands of medieval artifacts (including human remains). Instead of building the planned car garage, they turned the pit, made by excavation, into the museum. This means that it has many of the archaeological finds (including the city wall) in the museum itself. 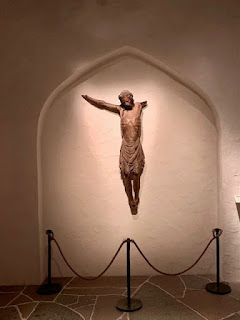 One of the best parts of the museum, in my opinion, is how well it is organized and how the history is very well explained (both in Swedish and English). It is one of those museums that can be enjoyed by a 7 year old or a history teacher alike. The museum is divided into sections where different aspects of medieval Stockholm focus on … such as “everyday life”, “war”, “religion” as well as the history of the growing city. I noticed a new exhibition this time looking at an infamous and violent event in Stockholm’s history: the Stockholm bloodbath.

In addition to the medieval city ruins, pictures, models, and actual artifacts, the museum has several life-size dioramas portraying life in Stockholm during that time (especially fun for kids). You can visit a town square, a pub, a typical house, a church and more. The artifacts on display range from pottery shards to weapons and an impressively large ship since 1500 it was found in the vicinity of Riddarholmen.

Another positive aspect of the museum is that admission is free, making it a great addition to your walk around nearby Gamla Stan (old town) and the Royal Palace. Actually, there are quite a few museums in Stockholm that have free admission. Free history and culture for the people! The Medieval Museum is just a 20-25 minute walk from the Hotel Rival (through the old town). Otherwise, you can take the metro two stations to Gamla Stan station or by taxi for 5-7 minutes. 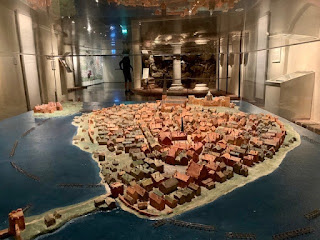