I thought I would do something a little different for this post. You have to get creative these days! I just finished watching the Norwegian miniseries. “Crossing the Atlantic”. It recently appeared on Swedish television and I know that it is now being shown in the United States on PBS (in addition to several other countries). I am a fan of historical dramas, especially those based on real people. The series is set during WWII and is basically about how the Norwegian royal family fled when the Nazis invaded, with the king and crown prince going to London and the crown princess going to the US, where she was taken in and assisted by the president. Roosevelt. 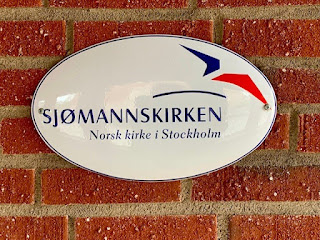 You’re probably thinking … what does a Norwegian WWII drama have to do with Stockholm? Well, for starters, the main character is from Stockholm. Märtha was a Swedish princess before marrying the heir to the Norwegian throne and becoming Crown Princess of Norway. While reading about her, I discovered that there are some places around Stockholm that are named after her or places where she spent time as a child. And since there has been a trend in recent years with literary / film tourism (where people visit places from their favorite books, TV shows and movies), I thought maybe a post about these places would be interesting to some people. 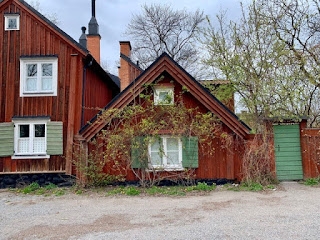 Two of the main sites are currently on Sodermalm, in the vicinity of Hotel Rival. The first is Church of Crown Princess Märtha (Church of Crown Princess Märtha), which is run by Sjömannskirken (the Norwegian Church Abroad). It’s located in Södermalm, very close to Fjällgatan street (popular due to the views over the harbor and the picturesque old buildings). What makes this church of special interest, for this post, is the statue of Märtha just outside the church. It is a replica of the statue located outside the Norwegian Embassy in Washington DC. Another replica can be found outside the Royal Palace in Oslo. 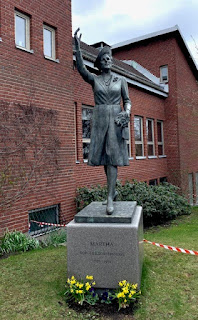 The other main site near the hotel is the boat. M / S Crown Princess Märtha. This ship was originally launched in Norway in 1929 and was given the name Märtha. It is now permanently tied down. on the coast from Södermalm, just a 10-minute walk from Hotel Rival, and it functions as a hotel these days. But, perhaps one of the most popular bequests of Crown Princess Märtha in Stockholm is not a place but a … cake. One of the most popular traditional cakes in Sweden is the Princess Cake (prinsesstårta). This cake is named after Märtha and her two sisters. I had no idea about this!

If you are visiting the beautiful island of the park Djurgårdenespecially around the museum Thiel Gallery, you also have a small rural road that bears his name: The way of Princess Märtha. The reason, I think, is that this lane is close to the Villa Parkudden, a mansion where he spent his first six summers growing up. You can even find a plaque outside the mansion dedicated to her. One last point of interest in Stockholm with connections to Märtha is Crown Prince Palace, a palace located near the Royal Palace, where Märtha spent many of his early years.